Like his six brothers and four sisters, Édouard-Louis Pacaud had the advantage of sound teaching; he undertook his classical studies at the Séminaire de Nicolet between 1826 and 1832, and on 25 May 1836, after studying law under Antoine Polette and Edward Barnard in Trois-Rivières, he was granted his commission as a lawyer. He was practising there when the troubles of 1837–38 broke out, but unlike his brothers, Philippe-Napoléon, Charles-Adrien, and Joseph-Narcisse, he took no active part in the conflict. However, in January 1838 he got Judge Joseph-Rémi Vallières* de Saint-Réal to release the brother of Louis-Joseph Papineau*, notary André-Augustin, a participant in the battle at Saint-Charles-sur-Richelieu. On 5 Jan. 1839 Pacaud also made a speech in defence of his friend and future brother-in-law Joseph-Guillaume Barthe*, who had been committed to prison and “sought the benefit of a writ of habeas corpus” [see Jean-Roch Rolland*]. But by February 1840 he was writing to Ludger Duvernay* that he had come round to the plan of the union of the two Canadas, thus accepting the ideas of Louis-Hippolyte La Fontaine*.

From 1840 to 1844 Pacaud continued to concentrate on his legal practice, gradually becoming one of the most respected lawyers in his region and an important figure in Trois-Rivières. In February 1844 he was appointed bankrupt commissioner for this district, and took up his duties on 20 April. However, this office proved troublesome. The duties of the commissioner were regulated by three laws which came into effect in December 1843. Under the terms of this legislation, the commissioner was to receive a fee commensurate with his services, but a lawyer holding this office lost the right to practise. He also had to preside at the quarter sessions, to serve as a justice of the peace, and discharge “all the duties of the resident [judge] of the district during the latter’s absences at the court of appeal.” The office suited Pacaud but he was by no means satisfied with the remuneration, since for all these services he received “only the emoluments deriving from bankrupt businesses.” After numerous letters to the governor general and several petitions to the Legislative Assembly, Pacaud managed to obtain an annual salary of £200 for the period from August 1846 to January 1850, when he probably ceased to act as commissioner. He failed, however, to win fair payment for the period from 1844 to 1846. Being obstinate and determined, he even asked the assembly in June 1851 to pass an act authorizing him to institute proceedings against the government to obtain compensation for his past services.

During the years 1836 to 1850 Pacaud sat on several committees, including one seeking to incorporate the town of Trois-Rivières in 1845, and his home became a meeting-place for its prominent citizens. He was also interested in business. In addition to lending money, from 1839 he took advantage of the proclamation of Lord Durham [Lambton*], issued in September 1838, which decreed that land grants would again be made to those in the militia in 1812 as a reward for their services. Since many militiamen did not want or for various reasons could not take possession of the land to which they were entitled, Pacaud undertook to buy their “claims” at absurdly low prices. No exact estimate can be made of how much land he acquired in this way, but it is certain that by the end of the 1840s he owned several lots in Trois-Rivières itself; during this decade he also bought just over 3,200 acres in the counties of Drummond, Mégantic, and Nicolet, from which he received “income and rent.”

On 1 May 1850 Pacaud ran in the by-election in Mégantic. He attributed his defeat by Dunbar Ross* to the intrigues of Charles-Félix Cazeau, the secretary of the archdiocese of Quebec, who in his opinion had prompted the local clergy to intervene on behalf of the successful candidate. Embittered, Pacaud denounced this clerical interference in newspapers and drew a sharp reply from Cazeau. With the support of the editors of Le Moniteur canadien of Montreal, Pacaud stood as a Reformer in the December 1851 general elections in Nicolet. His 16-point political programme emphasized the abolition of the Legislative Council and of seigneurial tenure as well as the settlement of the Eastern Townships; some points showed a lawyer’s concern for the codification of laws, the reform of the administration of justice, and compensation for jury duty. Dr Thomas Fortier won the election, however, and this second defeat put an end to Pacaud’s attempts to enter the assembly.

Pacaud had settled at Montreal around mid May 1850 and opened a law office. He announced in at least two newspapers that he was buying “claims of militiamen, land in the Eastern Townships, [and] government debentures.” He became a member of the Institut Canadien in Montreal, to which he donated more than 40 volumes in June 1850. According to Wilfrid Laurier*, with whom he formed a friendship towards the end of the 1860s, Pacaud had some success in business; apparently in the years 1850–53 he invested “his money in copper mining operations,” only to find himself “ruined” after a staggering drop in prices. This reverse of fortune may explain why Pacaud returned to Trois-Rivières, probably in 1854, and organized “a grand lottery” of land “for building [projects] at Trois-Rivières.” He put 10,280 tickets on sale “at two dollars apiece” for a draw on 28 Feb. 1855 for 150 lots which he owned. It is not known, however, whether this venture brought Pacaud the anticipated results. In any case he was not short of means. In the same period the Hôtel du Canada was opened in a building belonging to him, and at the end of 1858 he had the “huge” Hôtel Saint-Maurice built. In addition, in 1859 he was a partner with Louis-Adélard Senécal and Sévère Dumoulin in the Compagnie de Navigation de Trois-Rivières.

In 1861 or 1862 Pacaud established himself in Arthabaskaville where he soon acquired an extensive legal practice. An eloquent counsel, possessing imagination and conviction, he sometimes found himself, in Laurier’s words, supporting “heresies before the court.” He enhanced his reputation by successfully acting for his brother Philippe-Napoléon in a sensational two-year lawsuit (1864–66) against the parish priest of Saint-Norbert in Norbertville, which earned him the accolade of “extraordinarily zealous” from his opponents. Punctilious, and a man of principle, Pacaud even sued the Montreal Telegraph Company for $16 because it had failed to transmit a message in December 1870. That year he was a contributor to La Revue légale in Montreal, in which a number of case reports appeared over his signature.

Remaining true to his habits, Pacaud in the end played an important part at Arthabaskaville in political, economic, and social affairs. At least twice, in 1871 and 1874, he was among those who urged Laurier to stand as a Liberal in Drummond and Arthabaska; on the first of these occasions he even took issue publicly with his parish priest. He participated in the movement to settle the region by lending money to settlers, as did his brother Georges-Jérémie. Moreover, Pacaud did not fail to invest in land; between 1871 and 1884 he acquired no less than 550 acres in the county. In 1880 he helped found and served as president of the Syndicat Agricole d’Arthabaskaville, its purpose being to develop production of beet sugar. He served as a town councillor for a period, and took part in most local activities. Pacaud was “reasonably well off,” and his “hospitality [had] long since become proverbial”; the intellectuals of the region gathered at his home.

Made a qc on 31 May 1878, Pacaud was bâtonnier of the Arthabaska bar from July 1884 to May 1887, and also bâtonnier général of the province in 1885–86. One of the first legislative councillors appointed by the government of Honoré Mercier*, Pacaud served for the division of Kennebec from 24 Aug. 1887 until his death in November 1889. He may have been ruthless as a lawyer and uncompromising as a small businessman; he stood out particularly for his activities in local and regional affairs. 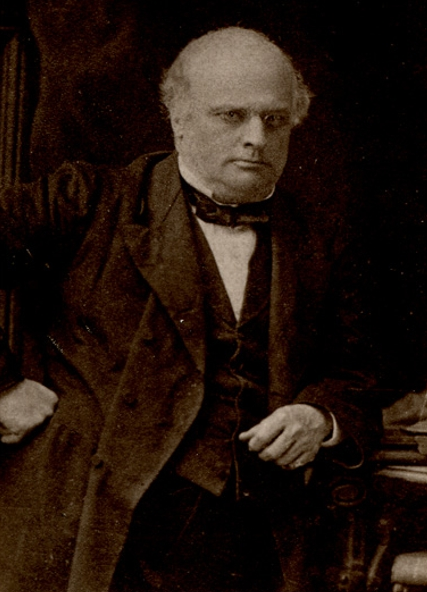