ROUTHIER, Sir ADOLPHE-BASILE, lawyer, author, judge, and professor; b. 8 May 1839 in Saint-Benoît (Saint-Placide), Lower Canada, son of Charles Routhier, a farmer and veteran of the War of 1812, and Angélique Lafleur (Biroleau, dit Lafleur); m. 12 Nov. 1862 at Quebec Clorinde Mondelet, the only daughter of Jean-Olivier (John Oliva) Mondelet, a Montreal lawyer; they had one son; d. 27 June 1920 in Saint-Irénée-les-Bains, Que., and was buried 30 June in Notre-Dame de Belmont cemetery at Sainte-Foy, Que.

Adolphe-Basile Routhier’s ancestors had come from the Saintonge region of France and settled in Charlesbourg, near Quebec. All that is known about his childhood is what he wrote near the end of his life in “Souvenirs d’enfance,” which was published in the Revue canadienne (Montréal) in 1920. He did his classical studies at the Petit Séminaire de Sainte-Thérèse from 1850 to 1858. Despite his mother’s wish that he enter the priesthood, he studied law at the Université Laval at Quebec. He was called to the bar in 1861 and went into practice at Kamouraska.

Early in his life Routhier developed a taste for literature and poetry, as well as for oratory in which he would always excel. He devoted his spare time to writing. In a poetry competition at the Université Laval in 1867, he won the bronze medal for his entry on the discovery of Canada. The gold medal was awarded to Pamphile Le May.

A confirmed Conservative in politics, Routhier took part in the heated electoral battles that occurred in Kamouraska riding immediately after confederation. Despite his fear that he would lose clients by demonstrating his political allegiance, and in the face of fierce opposition from his wife, who threatened to move to Quebec City, he ran against Liberal candidate Charles-Alphonse-Pantaléon Pelletier in a federal by-election on 17 Feb. 1869. Some 50 special constables maintained order during the polls. Even though Routhier had the support of the clergy and many of the voters, he lost by a count of 44. In the general election of 1872 the two adversaries confronted each other again, and Routhier met the same fate.

In the meantime Routhier had brought out his Causeries du dimanche (Montréal, 1871), a collection of articles written for the Quebec newspaper Le Courrier du Canada. That year he joined other influential ultramontane laymen of the province in drawing up the Programme catholique which, according to historian Nadia Fahmy-Eid, burst like a “sudden storm in the clear sky of church-state relations in Quebec” [see François-Xavier-Anselme Trudel*]. Routhier spent many hours as a journalist at Le Nouveau Monde (Montréal) and Le Courrier du Canada. He also published an essay entitled La bourse ou la vie (Québec, 1873) under the pseudonym François Bonami.

In Kamouraska, the south-shore village for which he had a special affection and which was noted for producing young judges, Routhier was part of the Conservative clan, as was the Chapais family. In 1873, a year after his electoral defeat, he was named puisne judge of the Quebec Superior Court for the district of Saguenay. That year, under the pseudonym Jean Piquefort, he published Portraits et pastels littéraires (Québec), a work that set off a general outcry from liberal writers against the accusation that they had not mastered the French language. Routhier went to Europe in 1875 and established friendships with Roman Catholic authors in France, England, and Italy. In Rome, Pope Pius IX made him a knight of the Order of St Gregory the Great.

In 1876 Routhier was called to judge what he would consider the most important case in the history of Canada, which centred on “undue influence.” After the by-election of 22 Jan. 1876 in the federal riding of Charlevoix, the defeated candidate Pierre-Alexis Tremblay* disputed the election of Conservative Hector-Louis Langevin*. The local clergy were also accused of having exercised an undue influence upon the voters, especially in the churches. The inquiry lasted nearly 35 days and more than 175 witnesses were heard in La Malbaie. Routhier had to adjourn the proceedings several times because of a trip to Europe (of which he published an account later) and problems with his health. Before announcing his decision, he fined Joseph-Israël Tarte* for publishing an article that attacked the clergy of Charlevoix. On 15 Nov. 1876, conscious of his “terrible responsibility,” Routhier declared Langevin elected. Tremblay took his case to the Supreme Court of Canada, which on 28 Feb. 1877 reversed Routhier’s ruling. This decision, according to Routhier, bore witness to a major conflict between church and state. The contest between the candidates was not one merely of party loyalties; there was a genuine ideological struggle between the clergy and ultramontanes on the one hand, and the Liberals and adherents of liberalism on the other.

During his career on the bench Routhier was a prolific writer. In the spring of 1880 he wrote the words for what would become the national anthem, “O Canada,” set to music by Calixa Lavallée*. It was played for the first time at the Convention Nationale des Canadiens Français, held late in June 1880 under the aegis of the Société Saint-Jean-Baptiste de la Cité de Québec. Routhier subsequently worked on some 20 different versions and translations of the piece. By 1889 Routhier had published seven works which confirm his talents as a writer and polemicist. In addition to reprinting Portraits et pastels littéraires in Les guêpes canadiennes in 1881, he brought out accounts of travels in Spain, the Saguenay, and Europe, as well as an essay, a little poetry, and his Conférences et discours (Montréal, 1889). He also took an interest in archaeology. In November 1901 he went to the Holy Land and spent some time in Egypt, where he met French archaeologist Gaston Maspero. Two years later, doubtless inspired by this journey, he published an essay on religious questions entitled “Au pays du sphinx” in the periodical La Nouvelle-France (Québec).

On 10 Dec. 1889 Routhier was transferred to the judicial district of Quebec. There he became more intensely involved in literary activities and took on various responsibilities. Some of his books were harshly attacked, by Louis Fréchette* and William Chapman in particular. The latter even accused him of plagiarizing French authors. In 1897 Routhier refused the office of lieutenant governor of the North-West Territories, but he accepted those of judge in Admiralty of the Exchequer Court of Canada, which he held until 1906, and president of the local Société Saint-Jean-Baptiste. He had been professor of international law at the Université Laval since 1883 and he would occupy the chair for the rest of his life. Named chief justice of the Quebec Superior Court on 30 Sept. 1904, he retained this high office until 1906. In 1905 he administered the province during the absence of Lieutenant Governor Sir Louis-Amable Jetté.

Routhier took a well-deserved retirement from the bench in 1906. That November he bought a waterfront lot at Saint-Irénée-les-Bains, in the Charlevoix region, where he had gone every summer for the previous six years; probably in 1894 he had built a villa there, named Hauterive, next to the property of Rodolphe Forget. Although accustomed to staying in the most beautiful vacation resorts in the St Lawrence valley, he considered the spot unique in North America. He even boasted that he had founded this “place on the water.”

In June 1911 Routhier was made a knight bachelor. He served as president in 1914–15 of the Royal Society of Canada, of which he was a charter-member. Possessed of a d.litt. from the Université Laval, he tirelessly pursued his literary work, publishing, among other things, Le centurion; roman des temps messianiques (Paris, 1909) and Paulina; roman des temps apostoliques (Québec, 1918); both were bestsellers in their time. That Routhier had captivated the Roman Catholic clergy in Quebec and outside the province is shown by his voluminous correspondence and numerous translations of Le centurion into Spanish, English, Italian, German, Hungarian, and other languages.

Throughout his life Sir Adolphe-Basile Routhier was considered a great orator. In the many lectures he delivered, he praised the virtues of tolerance and moderation displayed by the bishops, opposed the materialist and rationalist theories of his day, and defended the principles of social thought advanced by French economist Frédéric Le Play. Literature and poetry were his companions until his death in 1920. Even when he was 80, his prose was still as lively as ever. He left a deeply religious will in which he emphasized constant work and an unshakeable Catholic faith as essential human values. 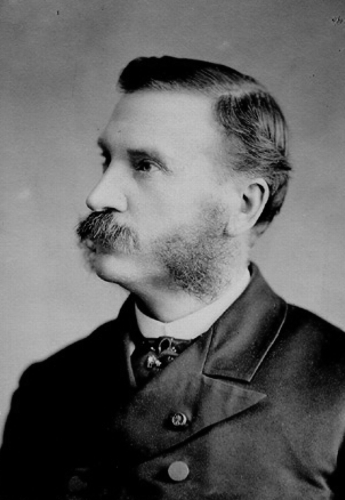 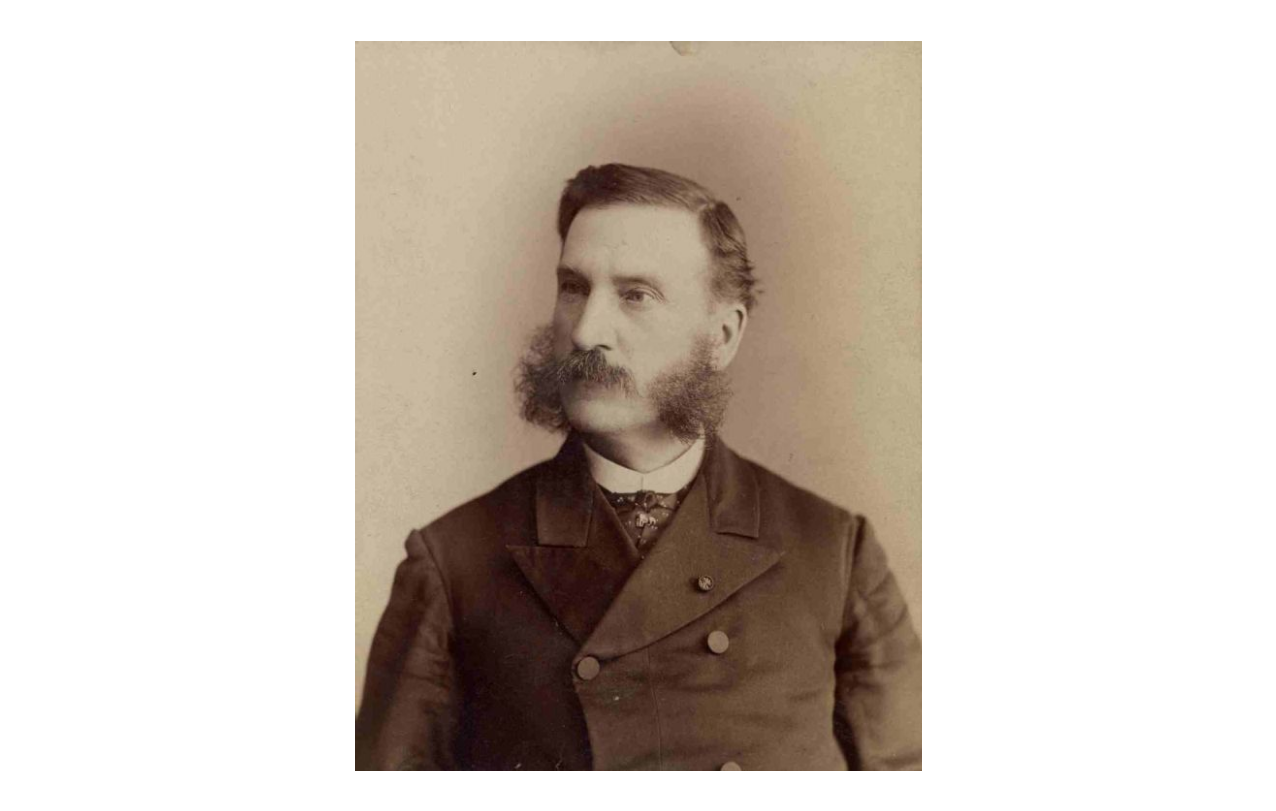